For those who have never visited Nashville, TN, “Robert’s Western World” may sound like a new-age replica of life in the Old West. Music City locals, however, know that this peculiar place is actually one of the city’s most famous honky-tonks! This bustling bar is known for its nightly country music performances, honest food, and cold beer. We compiled everything you need to know before coming out and spending part of your night here!

Robert’s Western World is just one of the many famous landmarks to discover here. Between stunning sights like The Parthenon and the eateries in East Nashville, there’s something for everyone! For a complete, hand-picked list of the city’s best attractions, request access to our Nashville Travel Guide! It’s the area’s most valuable resource for planning unforgettable urban escapes, so get a copy today.

Everything You Need to Know About Robert’s Western World

The History of Robert’s Western World

Located on Lower Broadway in downtown Nashville, Robert’s Western World sits beneath a brightly lit sign that’s hard to miss. The bar emerged out of humble beginnings in a spot that has seen American history take shape. The building was likely used as a hospital during the American Civil War. Then, between the 1950s and 1980s, it was the distinguished Sho-Bud Guitar Company. This company produced steel guitars for some of the world’s finest musicians! In 1980, another guitar company purchased Sho-Bud, but the Broadway district soon fell on hard times. By the early 1980s, the building had become a liquor store.

In the early 1990s, a man by the name of Robert Wayne Moore opened Rhinestone Western Wear, a boot and apparel store, in the space. Over time, Moore began adding classic honky-tonk staples like a jukebox, beer, and cigarettes to his store. Shortly thereafter, live solo entertainers replaced the jukebox. Then, a grill was added. Now, passersby could enjoy a pork chop sandwich, drink a PBR, try on some boots, and listen to live country music. In 1999, Moore sold the business to musician Jesse Lee Jones, leader of Brazilbilly (the house band).

This honky-tonk is home to various live entertainers, who mostly perform country and bluegrass tunes. People come from all over the world to see bands like Brazilbilly, The Tennessee High Top All Stars, The Don Kelley Band, and Nashville Skyline play. In addition to these beloved Music City-based performers, both new traveling talent and old local favorites take the stage every single night. Live music is an essential part of the Robert’s Western World experience! Be sure to check the updated band schedule before visiting.

What You’ll Eat and Drink

If you’re looking for no-frills, affordable comfort food while out on the town, the Robert’s Western World menu offers bar bites that are sure to satisfy your hunger. The best part about Robert’s is that the kitchen is open until 1:30 a.m. for late-night snackers. Choose between a burger, fried bologna sandwich, or chicken tenders for your entree, then grab a side of mozzarella cheese sticks or fried pickle spears. The beer and wine list are also packed with affordable, well-known favorites. 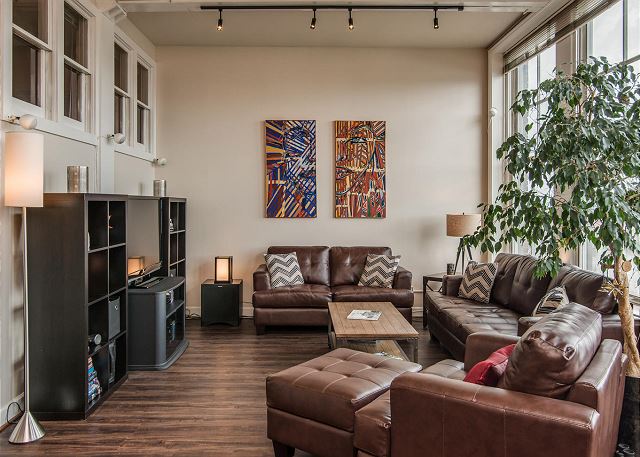 Do you love the idea of spending the evening out with friends, then retiring somewhere cozy? Stay in a private Playlist Properties vacation rental in downtown Nashville! All of our rentals feature premium amenities like gourmet kitchens, stunning city views, and chic furnishings. Rentals like our Rockin’ River Loft are within walking distance of downtown attractions like Robert’s Western World, and are perfect for friend getaways! Who needs a car when you’re already close to all of the action?