The city of Nashville, Tennessee is known worldwide for its music and history. These two important facets of this city’s heritage intersect at the 125-year-old Ryman Auditorium! You’d be hard-pressed to find a building more famous or beloved than what is known simply as “The Ryman.” Not only have some of the greatest musicians of all time played here, but the structure itself has played a key role in the progression of American entertainment! Here is everything you need to know about the Grand Ole Opry’s modern home.

Before making the journey to a show at The Ryman Auditorium, consider all of the other great attractions Nashville offers. Quench your thirst at a local craft brewery, find something great at The Nashville Flea Market, or simply relax in your Playlist Properties vacation rental. However you want to spend your time, our free Nashville Travel Guide can help you plan an unforgettable trip! Request access to the guide today and we’ll send you a complete list of the area’s best things to do.

Everything You Need to Know About the Ryman Auditorium

What Makes the Ryman Auditorium So Special?

The history of The Ryman begins in 1885 with an evangelist named Sam Jones. Jones opened a community tabernacle, which quickly became Nashville’s religious center. Thomas Ryman, a man inspired by Jones’s powerful preachings, helped Jones make the project a reality. For years, what was then called the Union Gospel Tabernacle hosted only religious gatherings. In 1892, Jones and Ryman welcomed the auditorium’s first concert: An orchestral performance by the Ladies Hermitage Association! Ever since, music has played a big role in the auditorium’s legacy.

Through the years, the center hosted “Law and Order League” meetings, famous fundraisers, and star-studded events. Greats like Susan B. Anthony, Theodore Roosevelt, William Howard Taft, Helen Keller, Charlie Chaplin, Harry Houdini, Katharine Hepburn, and many others have graced the stage of The Ryman. That tradition continues as modern chart-topping artists and bands perform here each year!

What Can I See There?

There’s always a show happening at The Ryman! Today, The Grand Ole Opry is what most people come to see at the auditorium. It’s the show that made country music famous, after all! Tickets for “Opry at the Ryman” can be purchased throughout the year. No matter when you’re visiting Nashville, you’ll likely be able to catch one of the intermittent performances with rotating lineups.

In addition to the historic Opry, visitors can attend a variety of concerts featuring a spectrum of genres. Even though The Ryman is most famous for country music, pop artists, folk bands, comedians, and traveling variety shows frequently take the stage. View The Ryman’s events schedule for more information! Then, before purchasing tickets for a show at The Ryman, be sure to check the seating chart.

Where Can I Find Food Near The Ryman?

As a matter of fact, The Ryman has its own cafe! If you catch yourself feeling hungry after an amazing show, Cafe Lula is just steps away. This eatery is not only in a prime location, but it also features fresh, flavorful, and local offerings. If you aren’t in the mood for Lula’s food, worry not: There are plenty of other Downtown Nashville restaurants within walking distance of the auditorium!

Where Are the Best Places to Stay Near the Ryman Auditorium? 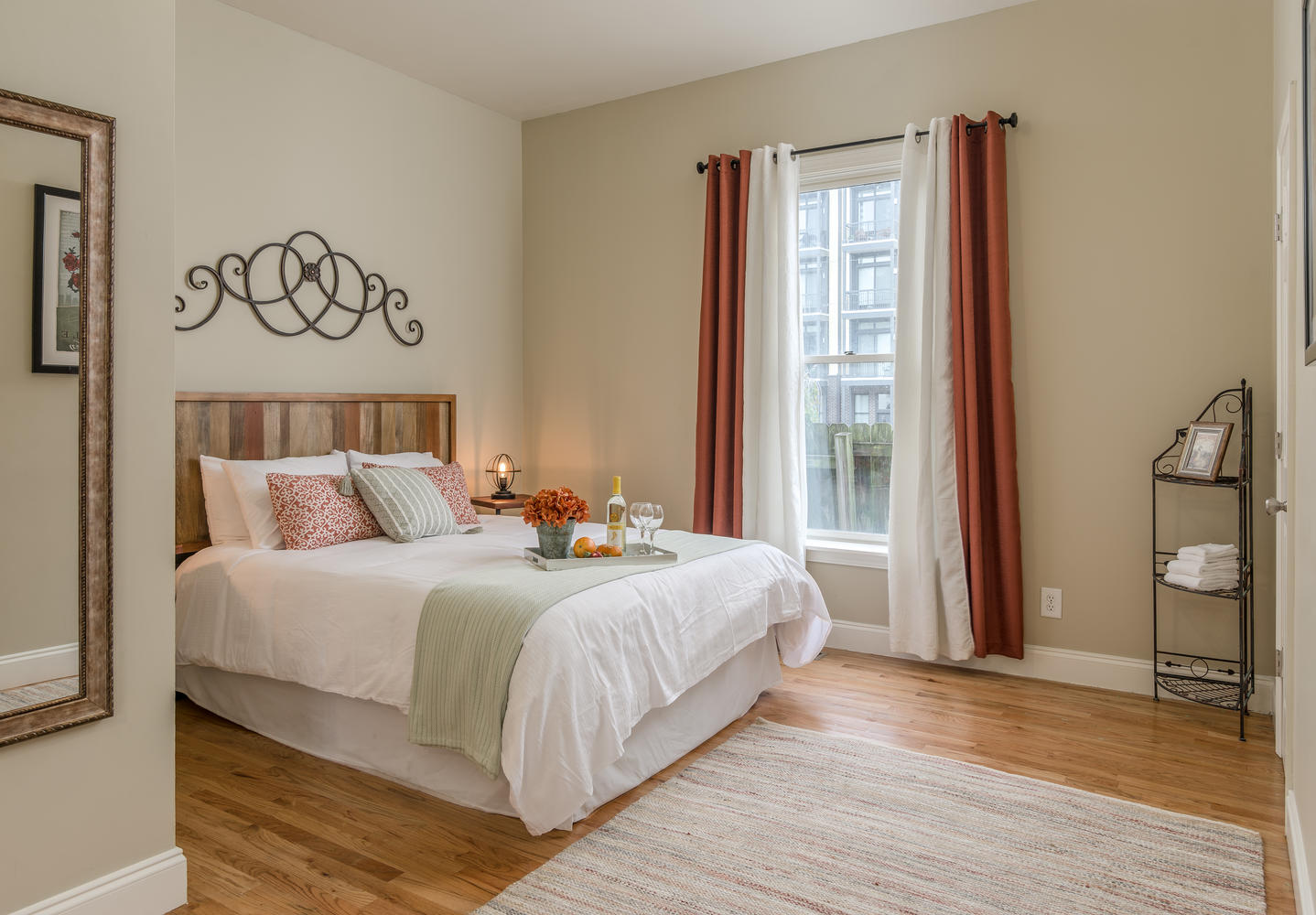 Do you love the idea of attending a concert, then retiring somewhere cozy and chic? Stay in a private Playlist Properties vacation rental near everything Downtown Nashville has to offer! Plus, all of our rentals feature premium amenities like gourmet kitchens, stunning city views, and comfortable furnishings.